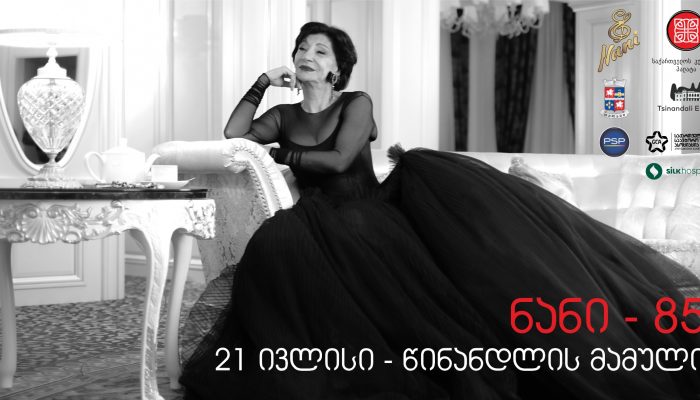 From 1956 she took part in the existing Georgian Technical University orchestra. In the international youngsters world festival she won a prize and took the first place.

From 1959 she became the soloist of national ensemble “RERO”.

Nani Bregvadze is the first Georgian performer, who in Paris Concert hall “Olympia” performed with Moscow’s music-hall in 1964.

From 1964 she took part in the vocal-instrumental ensemble “ORERA” as a soloist. With “ORERA” she has traveled in more than 80 countries.

From 1980 she started a solo career, is the owner of many prestigious musical awards.

In 1995 has been granted the status of “Honorary Citizen of Tbilisi”.

In the year 2000 they opened a star in Tbilisi and Moscow in her name.

Nani Bregvadze always carries the love of her country and her people.

His orchestras get high ratings from big movie composers, Michel Legrand and Ennio Morricone. With his conducting an honorary concert of Arvo Pärt and Gia Kancheli took place in Berlin’s concert house.